Skip to main content
To provide you with the best experience, Chateau Apres Lodge uses its own and third-party cookies on its website for technical, analytical and marketing purposes. By continuing to browse our site, you're agreeing to our use of cookies. Please consult our Cookie Notice for more information.

History of the Chateau Apres 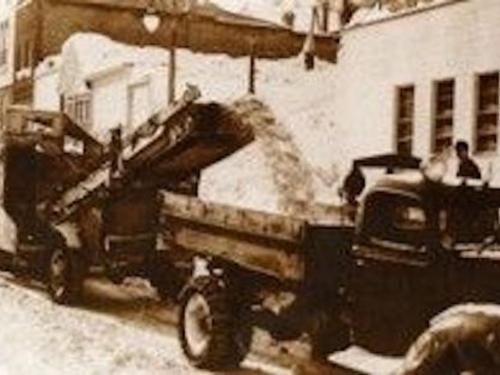 The Chateau Apres lodge was built in 1964, just as Park City Ski Area was opening (1963-64). Its location was just steps from the resort and ideal for skiers as we were the closest hotel to the lifts at that time.

Ed Hosenfeld came to Park City from Corning, New York, by way of California. He met his wife, Susan, in California and it was her family who owned and built the hotel. Ed invested some money in the hotel and started working there with his wife in 1966. When they came to town the only paved street was Park Avenue. The city employees would come by and pick up the trash in an old flat bedded truck, and ‘I remember I use to ride my dirt bike over where Prospector Square and Deer Valley Ski Area are now. The growth in Park City was gradual for many years, but we knew it had potential. The proximity to the Salt Lake Airport and great powder snow was bound to get Park City recognized.*

It has been hard work keeping the hotel open, but being your own boss has made it worthwhile. You find yourself doing things you probably wouldn’t do for someone else. You scrub floors, clean bathrooms and all the dirty work. Of course, without the help of family–my wife, Susan, and our six children born in Park City and raised at the Chateau, it wouldn’t have been much fun operating the lodge. Even today after all the children have left home, they help us out in cleaning, painting, and fixing things when we need them . . including sons and daughter-in-laws–who have the modern technology skills we lack. Working for yourself is great, but there are also drawbacks . . working Christmas, no days off during winter. You can’t lock the door and go home at six o’clock. 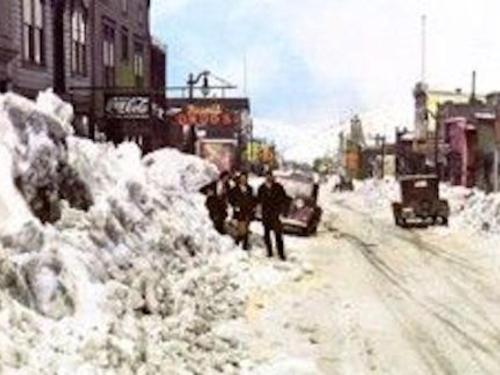 For the past 19 years our oldest son, Jason, has been manager of the Chateau–working with Ed during the ski season and busiest part of summer season. It is a joy to have a member of the family want to keep the tradition going. Of course without Jason’s help Ed would have to learn how to use the computer.

In addition to the hotel’s 32 private rooms, large inviting lobby with fireplace, and eating area, there is a male and female dormitory.

The dorms are still used for the economically minded skier in the winter and opened into one large room in the summer for meetings and banquet area for groups and family reunions. The thirty-two rooms are our main priority.While stepping into the Chateau Apres may be like taking a step back to the early day of Park City skiing, we still look to the future making plans to keep the hotel around for guests looking for a clean, well kept room that doesn’t cost an arm and a leg. Renovations are constantly in motion, whether it be new mattresses, fresh coat of paint, new carpet, furniture, etc to make guests comfortable and anxious to visit us again.